Ep 5: Summer is Coming! 3 Ways To Get The Most Out Of Summer As An EduLeader 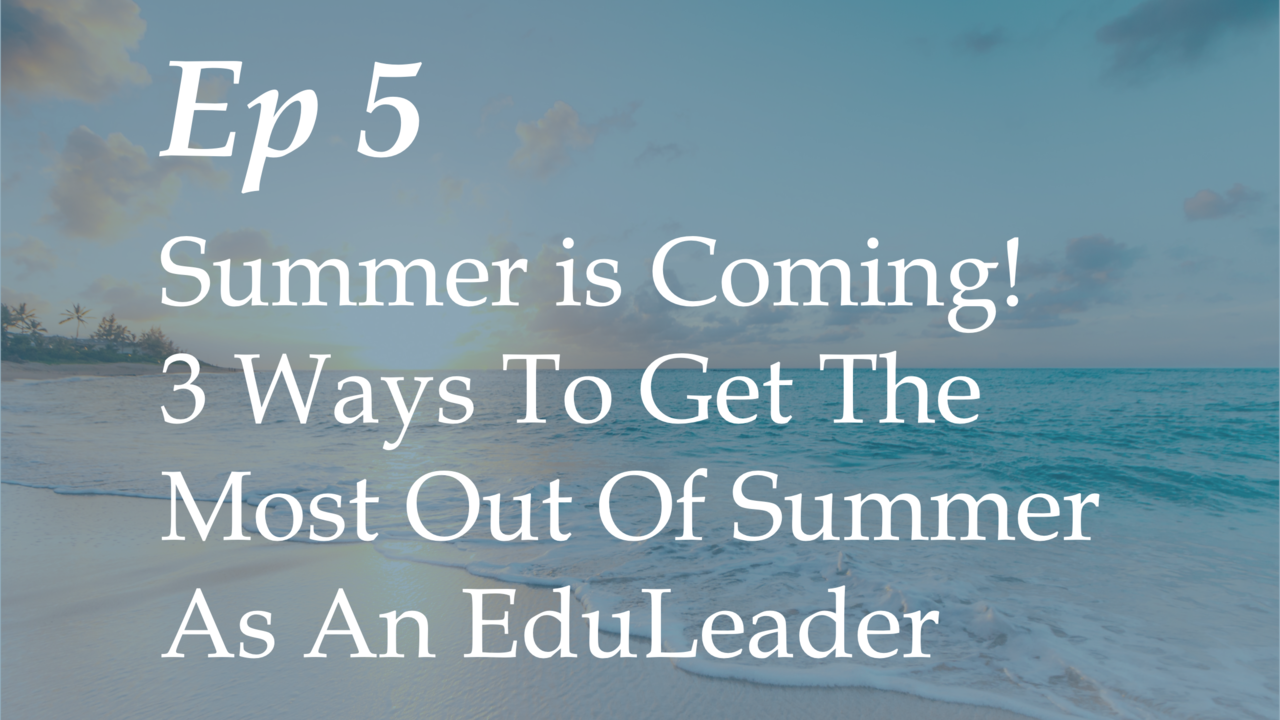 In education, like sports, we get an off-season.  I remember how Michael Jordan would always come back from his off-season with a new skill. One year he added a post-up skill to his repertoire.  This is usually a big man skill. But his athleticism was declining.  He had to find new ways to be effective. He ended up being unstoppable in so many different ways by adding a new layer to his game each year.

Our game is not the sprint. Our game is the long game. We are always four or five months ahead of the team. Our year really begins on July 1. By the time everyone gets back in August, I already have the first months planned out. If you're brand new to administration it is a day to day operation. You are one step behind the game. As you evolve as a leader you need to be 3 months ahead of the game. And you can't get ahead of the game after the game starts. Once the opening bell rings you should...

Stay connected with Us!

Stay Up To Date With John and Luke

Receive quick emails with our best content to help you start changing your culture. If you change your mind, you can unsubscribe anytime.